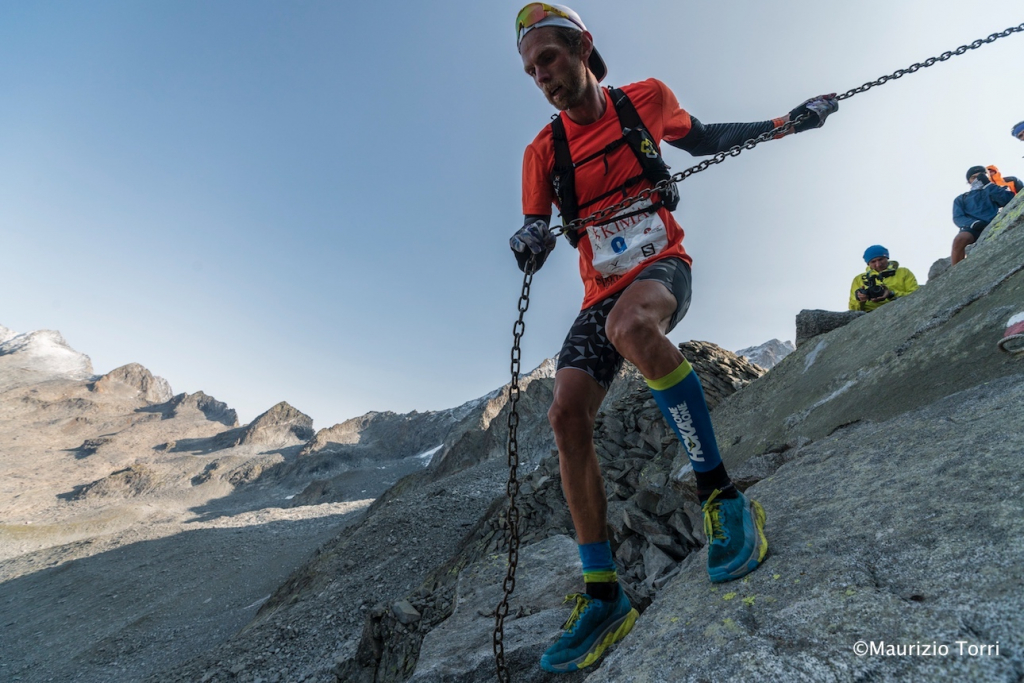 Four races, two days: Val Masino, Sondrio, is ready to demonstrate what sports means to this spectacular valley in Northern Italy. The world’s elite are on their way and the Grande Corsa sul Sentiero Roma, an icon within the world of skyrunning, awaits. The latest news involves the race-within-a-race – with the Isf Technical Award being promised to the fastest feet over the most technical section of this jaw-dropping race. Despite Trofeo Kima being sold-out, entries are still open for the brand new Kima Extreme SkyRace®, as well as Saturday’s two trail races.  You’ll recognise the #timetoplay hashtag, made famous by Salomon, who have stepped up as the main sponsor for Trofeo Kima – a fitting partnership across all of the distances at Kima 2022, which returns after a 4-year break, featuring new events and a desire to reconfirm its status as a must-do race for skyrunners. The weekend’s programme begins with two mass-participation races on Saturday morning with: the 14 km Kima Trail (start 10:00) and the 6 km MiniKima (start 10:15). The focus shifts in the afternoon with the technical briefing and number pick-up for the following day’s races. When Sunday rolls around, expect fireworks with the stratospheric Trofeo Kima (start 06:30) and the new entrant for 2022, Kima Extreme SkyRace® (start 07.30). Rich in heritage with 21 editions to date, Trofeo Kima has cemented itself into the psyche of skyrunners. The fact that it sold out rapidly despite imposing a rigorous entry selection that’s based on a runner’s previous performances and Alpine experience is testament to its enduring, global appeal. This Sunday, 330 runners from 28 different nations will undertake through the hardest test in the world of skyrunning, facing 52 technical kilometers with 4,800m of climbing across 7 Alpine passes above 2500m of altitude (the highest point being Passo Cameraccio at 2,950 metres above sea level). TROFEO KIMA, THE PROTAGONISTS: So, who are the names to watch? The stand-out favourite for this year’s event has to be reigning European Champion, Norway’s Stian Angermund, although Italy’s Nadir Maguet and Switzerland’s Martin Anthamatten will not make it easy for him. In terms of outsiders, keep an eye on the Moroccan-born Spaniard Zaid Ait Malek and the two Italians Daniel Antonioli and Dany Jung. Other runners to follow will be the French duo of Johann Baujard and Alexis Sevennec, as well as Finlay Wild from Scotland. The women’s race is set to be one of the most competitive races ever seen, with Hillary Geradi – the previous winner and current record holder on the Sentiero Roma – going head-to-head with Sweden’s Emelie Forsberg. Other names that will be vying for a spot on the podium of this mythical race include Mexico’s Karina Carsolio, Russia’s Varvara Shikanova, Marcela Vasinova from the Czech Republic, Katrine Villumsen from Denmark and the Italian Guiditta Turini.   ISF TECHNICAL AWARD, THE RACE WITHIN THE RACE: For the 21st edition of the race along the Sentiero Roma, the president of the ISF (International Skyrunning Federation) Marino Giacometti will present the first-ever Isf Technical Award to the fastest male and female over the most technically demanding part of the race. Measured between Boccetta Roma to Rifugio Gianetti, the fastest skyrunners over this stretch will receive a handmade prize made by Valtellina-based artisan Francesco Lapsus during the official prize ceremony of Trofeo Kima.  ALSO NOT TO BE MISSED: Not to be brushed off as side events, Saturday’s Kima Trial and Mini Trail kick off the weekend in style and lead hundreds of runners along their popular 14 km and 6 km routes. Come Sunday, the inaugural Kima Extrême is second on the menu, promising to live up to its name with 1,890 metres of climbing in just 27.5 km. A taster for those looking to build up to the Ultra Sky Marathon in the future, the course climbs up to Rifugio Gianetti before joining the route of the main event to cross the legendary Passo Barbacan (2,570m) before the descent towards Rifugio Omio.  For those interested in an introduction to Trofeo Kima, entries can be made on the day for the non-competitive trail races on Saturday, whilst registration for Kima Extreme SkyRace® officially closes at midnight on Thursday.