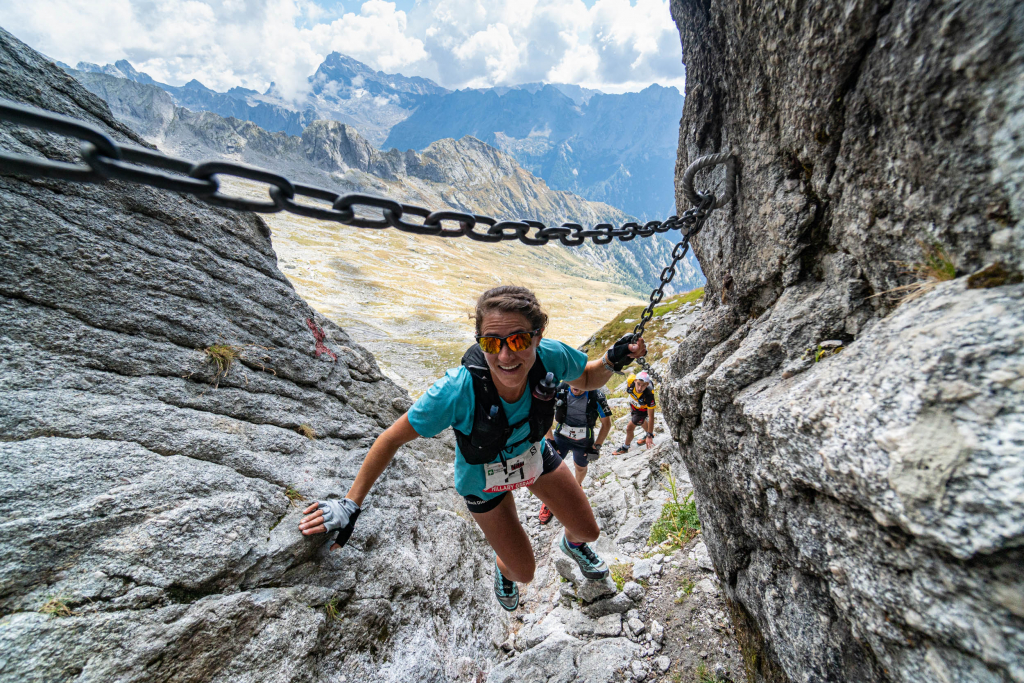 Sondrio’s spectacular Valmasino set the stage for some unbeatable skyrunning action with 330 athletes taking on the mythical Trofeo Kima, aka the Grande Corsa sul Sentiero Roma, and 150 athletes challenging themselves on the brand new Kima Extrême Skyrace. Scotland’s Finlay Wild and the American Hillary Gerardi claimed top honours in the 2022 edition of Trofeo Kima, with the same two names also being awarded the first-ever Isf Technical Award, presented by the International Skyrunning Federation for the quickest times over the most technical section in what is arguably the world’s toughest course. Back in Northern Italy after winning Kima in 2018, Hillary Gerardi set a new women’s record, beating Nuria Picas’ time set back in 2012.“What a brutal race,” [EC1] is how Hillary Gerardi, summed up her experience of the year’s Trofeo Kima once she’d crossed the finish line in Filorera in a new record-setting time and caught her breath. Just as thrilled was the men’s winner Finlay Wild who paced his race to almost perfection over the technical 52 km course on his first-ever attempt at Kima.Interrupted by the pandemic and therefore four years since the previous edition, the excitement at the return of this bucket-list race for skyrunners was tangible. 330 athletes from 28 different nations were eager to take on the 52 km race with 4,800 metres of climbing and descending over seven Alpine passes above 2,500 metres of sea level. At 2,950 m, the Passo Cameraccio is the race’s highest point.

CHASING DOWN THE MEN’S RECORDUp until the halfway point of the race, the Italian athlete Nadir Maguet from Val d’Aosta worked hard to shake off Alexis Sevennec (France), Stian Angermund (Norway) and Finlay Wild (Scotland), but paid visibly for his efforts in the latter part of the race when cramps set in. Over the technical stretches, Wild – who was fresh from his win on the Matterhorn on the previous weekend – blazed ahead to finish in 6h10’14”, a time that nudges achingly close to the record of 6h09’19” set in 2018 by Kilian Jornet when the conditions over Passo Cameraccio were markedly easier. Second went to Stian Angermund on his debut appearance at Kima while the veritable expert Alexis Sevennec claimed third with a time of 6h22’33”, adding onto his tally of one fourth-place finish and two seconds at the past three editions. Nadir Maguet hung onto fourth in 6h26’00” while fifth went to the Morocco-born Spanish runner Zaid Ait Malek. Mattia Gianola, Johann Baujard, Rob Sinclair, Daniel Antonioli and Dani Jung rounded off the top ten. 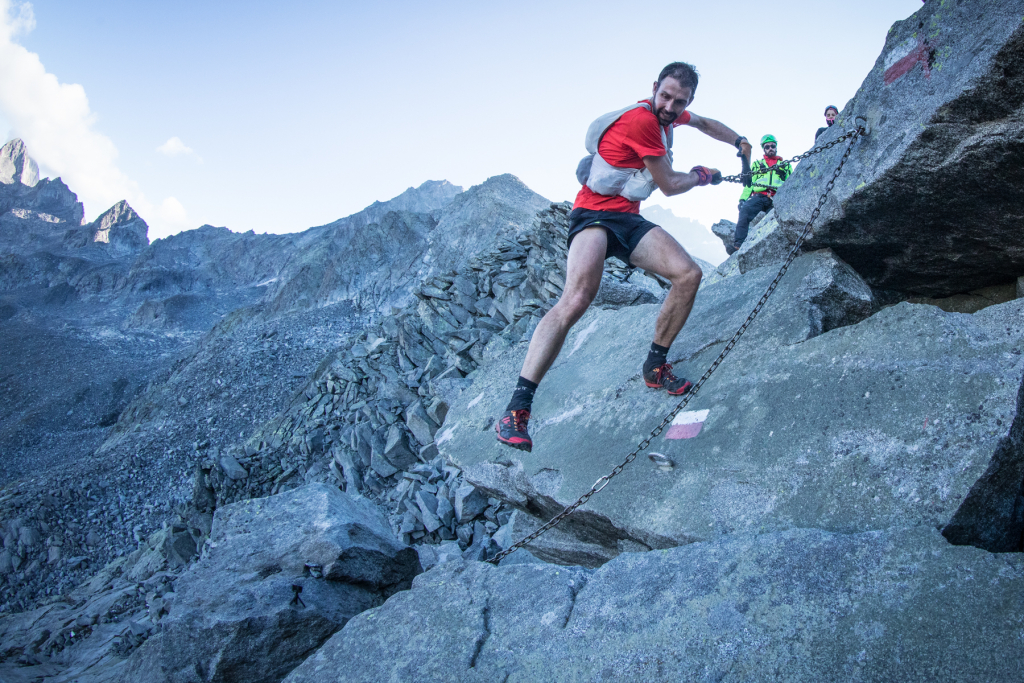 GERARDI STORMS AHEAD IN THE WOMEN’S FIELDTurning up to this year’s edition of Trofeo Kima as the 2018 winner and current record holder over the Sentiero Roma was never going to be easy but Hillary Gerardi stepped up and performed exceptionally over the 52 km, setting a new record of 7h30’38” and crossing the line to a standing ovation. Second went to Poland’s Marcela Vasinova in 7h58’35”, ahead of Mexico’s Karina Carsolio in 8h02’03”. They were joined in the top five by Giuditta Turini and Giulia Saggin.GIULIA COMPAGNONI & LUCA DEL PERO AIM FOR THE SKYMuch more than just a ‘side dish’ to Trofeo Kima, the inaugural edition of the Kima Extreme SkyRace® was a resounding success on its first outing. Extreme by name, extreme by nature, the all-new route covered 27.5 km with 1,890 metres of climbing, featuring an ascent to Rifugio Gianetti, the mythical Passo Barbacan (2,570 metres above sea level and the race’s highest point), followed by the descent down to Rifugio Omio.Incorporating a substantial section of the official ultra skymarathon route, first home over the line was Italian Skyrunning Champion Luca Del Pero as predicted, with a winning time of 2h58’42” ahead of Francesco Ceschi (Switzerland, 3h03’46”) in second, Matteo Porro in third, Simone Bertini in fourth and Luca Carrara in fifth. In the women’s field, the ski mountaineer Giulia Compagnoni (competing for the Esercito), came home for a storming win in 3h40’40”, before being joined on the podium by Chiara Lelli (4h04’11” and Lauren Woodwiss 4h05’07”. SEE YOU ON ’24As a biennial event, the legendary Trofeo Kima will be back in 2024 for another blistering weekend of races with the aim of creating mega excitement for everyone — including the world’s most elite skyrunners.