Record for Kilian Jornet. The Boss is back - Trofeo Kima
Posted on 26 August 201830 September 2019by Trofeo kima teamPosted in Uncategorized
0 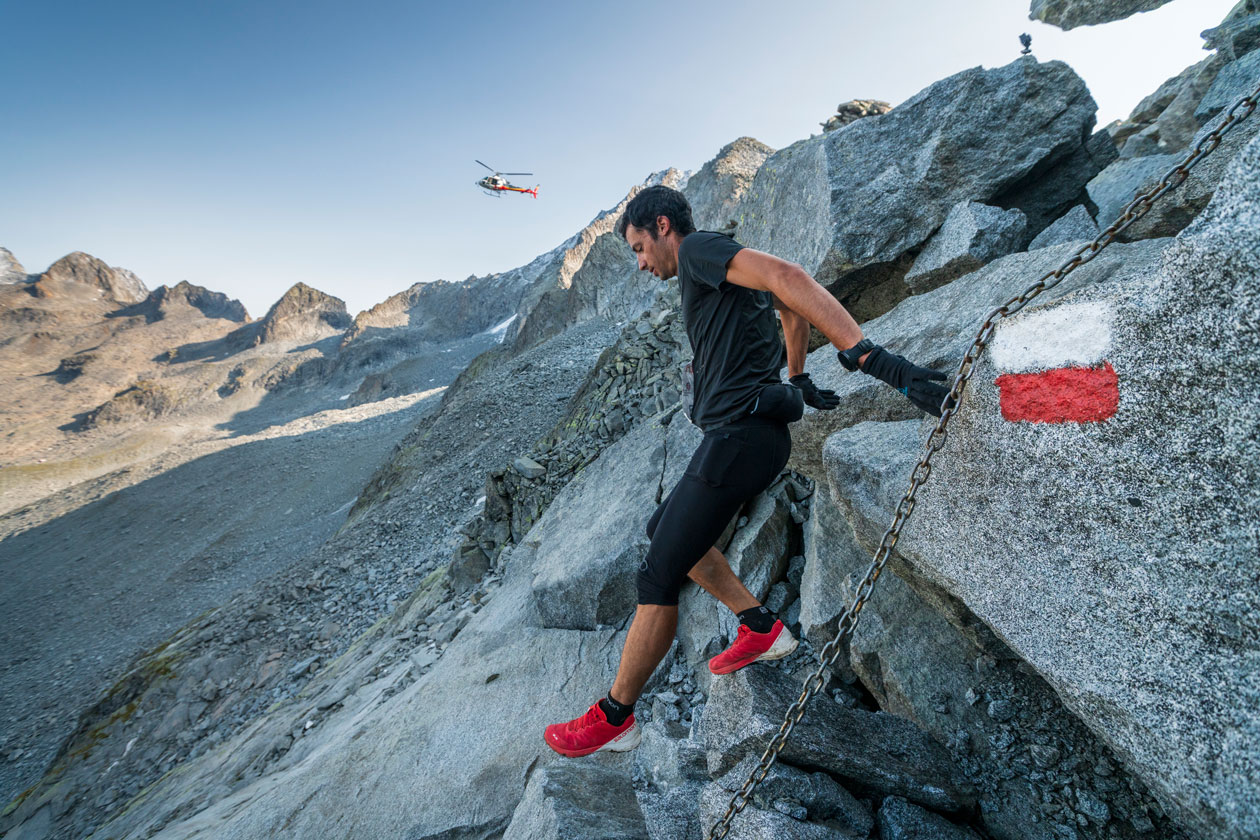 Kilian Jornet on the way to his fourth Kima win. ©Roberto Moiola

Kilian Jornet claims back the Kima Trophy record. The Catalan champion won this legendary race on the Sentiero Roma for the fourth time, tying Mario Poletti’s victory record. In the women’s race, American Hillary Gerardi writes her name in the hall of fame for the first time.

With ice at altitude, thanks to the extraordinary work by the organizing committee, the start was delayed by an hour and a half, then it was show-time. In Valmasino the 23rd Kima Trophy took off, a race that will be remembered as one of the most exciting ever. The fifth leg of the Migu Run Skyrunner® World Series of the Extra category, saw 300 skyrunners from 43 countries participate. 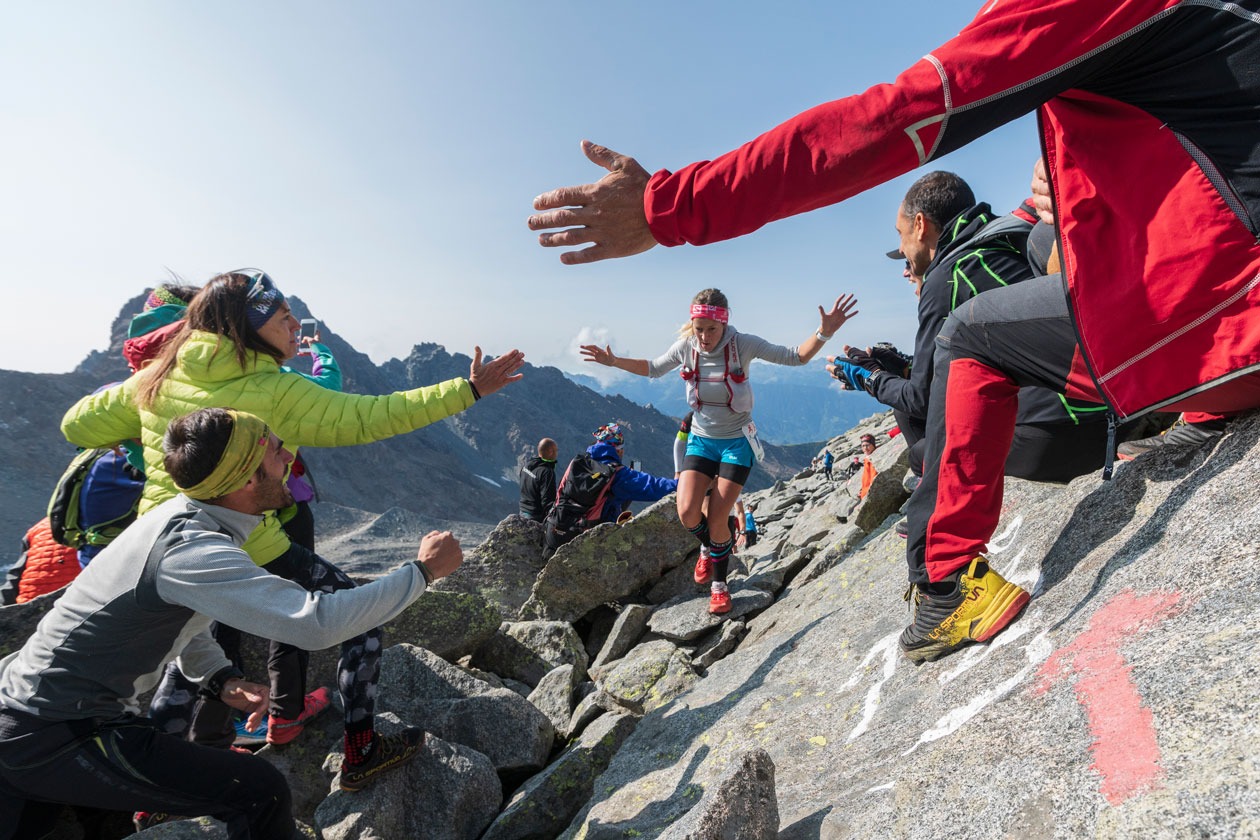 Rain the day before, a severe temperature drop, cold wind from the north and some snow on the highest stretches, put the race at risk. At dawn, with clear skies, the worst fears were confirmed with snow turning to ice. With safety always first, the race director and his staff checked the most crucial points, opting for a delayed start before giving the thumbs up.

At 8.30 the race was on and, despite the conditions, crowds gathered on the high passes, ready to cheer the runners on. All athletes had to face 52 km of technical terrain and 4,200m vertical climb across seven alpine passes, all above 2,500m touching the highest point, Passo Cameraccio, at 2,950m.

Superstar Kilian Jornet was of course the main contender having won the race twice before and held the record before Nepali Bhim Gurung broke it in 2016 (6h10’44”). French ski-mountaineer Alexis Sévennec ran for most of the race with Jornet until the final downhill, a 2,000m drop from Passo Barbacan to the finish line in San Martino. 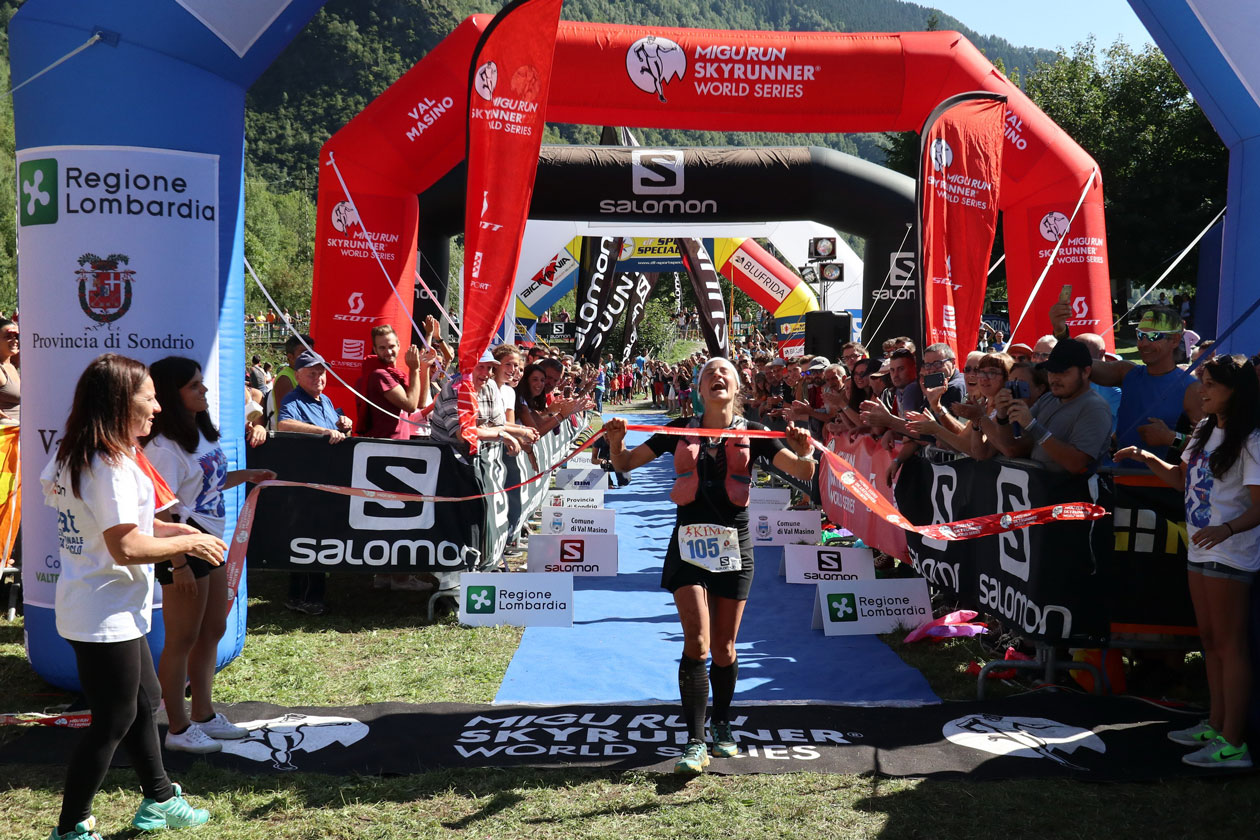 Thanks to today’s victory, Jornet enters Kima’s history books, claiming back the race record and with four wins he now sits together with Italy’s Mario Poletti.

No record was set among the women, leaving the 7h36’21” record set in 2012 by Spaniard Nuria Picas. All eyes were on Emelie Forsberg, 2016 winner, but her shape wasn’t good enough to race, so the door was open for other runner – a battle for first place. On the first ascent to Bocchetta Roma it was Netherland’s Ragna Debats in the lead, but on the traverse, Gerardi was able to close the gap and take the lead. Towards the end, South African newcomer Robyn Owen passed Gerardi, but the American gave it all and closed in 7h37’29”, while Owen had to settle for second in 7h39’01”. Third place went to Nepali Mira Rai, who had started slowly to finish hard in 7h41’46”. Brittany Peterson from USA and Martina Valmassoi from Italy closed fourth and fifth respectively.

Curtains drop on another successful Kima Trophy, where once more, incredible performances were supported by the endless cheers of local fans and spectators. The next appointment of this biennial event will be August 2020, when the battle for the legendary Trophy will once more commence.